Back to top
Picture 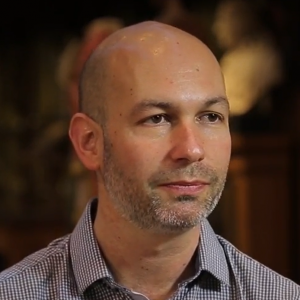 I am a CNRS senior research scientist at the Laboratoire de Sciences Cognitives et Psycholinguistique, Department of Cognitive Studies, Ecole Normale Supérieure in Paris, within which I head the "Cognitive development and pathology" team.

My research bears on the development of language and social cognition and on academic achievement in children, their disorders (developmental dyslexia, specific language impairment, autism), their cognitive and neural bases and their genetic and environmental determinants.

Although learning science has established general effects such as retrieval practice, spacing, and
interleaving, which provide rough guidelines for improving learning, exactly how to fine-tune the
learning experience in such a way as to optimise long-term memory retention in a real educational
setting remains a vast open question. We will use the SIDES digital learning platform, which is used
every day by 45000 French medical students to review their courses, train themselves and take their
exams as multiple choice questions. Each semester, volunteer students will be randomised into one
of many experimental conditions differing in parameters such as difficulty level, feedback, and the
specific algorithms used to model memory retention and forgetting, in order to guide optimal
scheduling of retrieval practice. The results will feed fundamental research on learning, and will be
used to progressively improve SIDES and offer students a more efficient and evidence-based learning
experience.

Developmental dyslexia is a specific and significant impairment in the development of reading skills that is not solely accounted for by mental age, visual acuity problems, or inadequate schooling. It is well established that dyslexic children have difficulties processing and manipulating speech sounds. However, whether this is grounded in a basic auditory processing deficit remains contentious. A new hypothesis has recently emerged, postulating a disruption of auditory cortical oscillations in dyslexia, at certain frequency bands crucial to speech processing. However there are diverging hypotheses concerning the specific bands that would be disrupted in dyslexia, and the evidence so far seems contradictory. The general aim of this project is twofold: a fundamental aim is to understand the role of auditory cortical oscillations at different frequency-bands in the processing of sounds and in particular in the processing of speech. A more clinical aim is to understand in what respect auditory cortical oscillations deviate in individuals with developmental dyslexia, and how these deviations impact speech processing and phonological skills relevant to reading acquisition. For this purpose, we will use magnetoencephalography in order to analyse the responses of the auditory cortex of dyslexic and control adult participants to amplitude modulated noise at relevant frequency bands, and to forward and backward speech. We will also use a whole battery of auditory psychophysical tests in order to investigate the relationship between auditory cortical oscillations and various aspects of auditory processing. This project therefore has the potential to illuminate the neurophysiology of auditory and speech perception, and the neural and cognitive basis of developmental dyslexia.

Why do different children display such different abilities for school activities, with some developing learning disabilities ? Why do some develop harmoniously, while others suffer from psychological disorders? What are the factors involved, during pregnancy, at birth, in nutrition, in the familial and in the external environment? The Dyseden project aims to establish the role of some of these environmental factors.

Childhood learning disorders (dyslexia, dysorthography, dyscalculia) and psychological disorders (conduct disorders, emotional disorders, pervasive developmental disorders…) engender enormous social costs across the entire life span. It is therefore of utmost importance to understand the factors that increase the susceptibility to these disorders, and to identify those on which an intervention may be possible. Factors affecting the development of learning and psychological disorders in children form a complicated network where genes, environment, culture, life events, and psychosocial factors are in dynamic interaction with one another.  The Dyseden project focuses on social determinants of learning and psychological disorders. It capitalises on an exceptional dataset already collected by the EDEN epidemiological project (http://eden.vjf.inserm.fr/index.php/en/) on about 1500 children followed from gestation to the age of 8 years. Dyseden follows up those children at 11-12 years old and tests them on their scholastic achievements and learning abilities, as well as collects information relative to their psychological health and disorders. Together with all the data already collected on the social and biological factors relative to these children, as well as the data relative to their earlier stages of their development, this new step promises to provide new insights into the determinants of learning abilities and disorders, and psychological health and disorders.

An epidemiological approach of cognitive and psychological development

All families included in the EDEN project and having agreed to continue to participate have been contacted for a new participation phase when the child is 11-12 years old. This phase takes the form of tests and questionnaires that participants take in their home on their personal computer. A dedicated software to be downloaded contains 20 tests presented as games and 3 questionnaires for the child. Parents have 6 questionnaires to fill in on a website.

The test battery includes both general tests of scholastic achievement and more specific cognitive tests necessary for the diagnosis of specific learning disorders. All tests are implemented on a computer interface, with instructions presented in both written and spoken form simultaneously, stimuli presented on screen or through headphones, and responses taken on keyboard. The only exception are tests requiring a verbal output (reading aloud and phonological tests), for which stimuli are presented on screen and verbal output is recorded over the phone on a vocal server. Behaviour and psychopathology are assessed through questionnaires answered by one parent, on a web interface.

More than 1200 families participating in EDEN have been contacted. About half of them agreed to further participate, and in the end 539 parental questionnaires have been collected, and 389 children have completed the entire test battery. Data collection went on until the very last of the contract. Data analysis will be undertaken in the next three years (2017-2020).

In parallel, the EDEN database has been thoroughly verified, cleaned, and updated in view of the addition of the new data. New analyses have been carried out on data collected up to 5-6 years, and have given rise to several publications.

Amongst the 8 publications arising from the project so far, we have for instance shown that language difficulties at 3 years of age are a risk factor for the development of hyperactivity/inattention symptoms at 5 years, whereas the reverse relationship does not hold. Our results are consistent with the idea that language abilities provide children with means to self-regulate their behaviour (Peyre et coll., 2016, BMC Psychiatry).

Another of our studies on the early predictors of cognitive development has been highlighted in a news report: https://www.gynger.fr/comment-lenvironnement-impacte-lintelligence-de-lenfant/

DysEden is a fundamental research project coordinated by CNRS (Franck Ramus), in collaboration with Inserm and the EDEN cohort (Barbara Heude). The project started in March 2013 and lasted for 4 years. It was funded by a 263 000€ grant from ANR, for a total estimated cost of 952 000€.

Developmental dyslexia is a common learning disorder affecting about 3 to 7% of the population, and defined as a specific deficit in reading acquisition that cannot be accounted for by low intelligence, poor educational opportunities, or obvious sensory or neurological damage. Previous research has shown that individuals with dyslexia have specific cognitive deficits, with a brain basis and a genetic contribution. The present project aims to provide important contributions to our understanding of dyslexia at the cognitive, brain and genetic levels, and furthermore to help us understand the mechanisms through which genes influence brain development and structure, in such a way as to produce cognitive deficits that impair reading acquisition. It does so by using the methods of psychophysics, magnetoencephalography, ultra-high magnetic field MRI and advanced genome sequencing techniques.

At the cognitive level, our investigations focus on auditory attention and short-term memory, and on how deficits at this level could underlie the difficulties with speech sounds (the phonological deficit) encountered by most dyslexic individuals.

At the brain level, we use magneto-encephalography to investigate to what extent the auditory cortex of dyslexic individuals responds differently to simple sounds, and how this relates to deficits at the cognitive level. We also use magnetic resonance imaging (MRI) to investigate the underlying brain structural differences. In particular, we use high magnetic field MRI and sophisticated acquisition and analysis methods to image the dyslexic brain in far greater details than has been possible before. This allows us to test the hypothesis that there are disruptions of neuronal migration in the brains of dyslexic people.

At the genetic level, we use all the most up-to-date methods of molecular genetics to search the genome of individuals with dyslexia and identify genetic variants that may induce a susceptibility to dyslexia. We search for both common polymorphisms by using DNA chips and rare mutations by sequencing large portions of the genome of 150 participants. Finally, we will also investigate the links between the identified genetic variants and the structural and functional brain differences observed, thereby bridging, gene, brain and behaviour.

At the cognitive level, we have shown that adult dyslexic participants are able to implicitly memorise arbitrary complex noises, as well as a control population. This is one more piece of evidence against theories of dyslexia postulating low-level auditory deficits.

At the brain level, we have shown that the cortical thickness of the brain region supporting visual word forms is lower in dyslexic than in control girls. This result is not observed in boys. This has been replicated in two independent populations, as well as compared to a reading-level matched control group, suggesting that this difference is not entirely due to reduced or altered reading experience, but might be a causal factor in the etiology of dyslexia.

We have also confirmed that dyslexic boys show a diminished or reversed asymmetry of the planum temporale compared to control boys. This result is not observed in girls. This confirms that dyslexic boys’ auditory cortex is organised differently from controls’.

Finally, we have found, in both dyslexic boys and girls, differences in the asymmetry of two white matter tracts that connect cortical regions involved in reading. This result may help understand why certain brain regions seem to communicate less well with each other in dyslexia.

At the end of the contract, the project has already given rise to 7 articles international scientific journals, including in some of the best journals in neuroscience (J. of Neuroscience, Human Brain Mapping, Cortex). The results have also been divulgated in numerous national and international conferences, as well as in popular science outlets and events.